Promoting excellence in math and sciences

Collective Impact Coalition on Excellence in Science and Mathematics Education

Continuous improvement in student performance in mathematics and the sciences is a complex goal which goes far beyond the capacity of any single organization or program. It is influenced by many factors – including student and parent motivation, access to quality teaching, and incentives provided by government and universities. It is clear that the foundation’s work, which focuses on teaching and teachers, can only flourish within a vibrant ecosystem of active government policy-making, alignment with academia, and collaboration with the business, philanthropy and nonprofit sectors. Without this coordination, alignment of vision and setting of shared outcome-measures among relevant players, there can be very limited progress towards reaching systemic improvements.

In order to achieve such collaboration, the Trump Foundation has recently partnered with Intel-Israel and the Rashi Foundation. We jointly asked Sheatufim to serve as convener in order to investigate whether conditions are ripe to create a joint effort across sectors and between stakeholders, under the title of a National Coalition on Science Education. Sheatufim, a non-profit organization that specializes in facilitating discourse between government, the business sector and the nonprofit sector, was asked to learn from the experience of similar “collective impact” efforts in the US, adapt the model to suit Israel, and bring together the relevant players.

A significant stage in this process occurred in July, when a half-day workshop was convened by Sheatufim with the participation of the Minister of Education, and sixty representatives of organizations, including the Weizmann Institute’s Vice President, head of Science Education at the Technion, Director of the Amal School Network, former CEO of Qualcomm, VP of Sandisk, officials from Teva, Cisco and other companies, head of the Jerusalem Science Museum, representative of R&D at the Ministry of Defense, officers from the Military Intelligence, philanthropic foundations, nonprofits, school principals, teachers, and many more. The workshop resulted in a consensus on the shared goal to expand excellence in high school mathematics and the sciences in the next ten years.

In order to take first steps towards achieving this overarching goal, participants now wish to define clear and specific desired outcomes in the areas of student participation, teachers, teaching methodologies, policy and measurement. Sheatufim is therefore proposing to convene sub-groups who will prepare proposals for joint outcomes and measures for each of the aforementioned fields. The sub-groups will be advised by experts, professionals and consultants, and present their desired outcomes in a launch conference planned for March 2014. Concurrently, further discussion with the Minister of Education and his staff will be held towards planning government policy, and setting measures for expanding the circle of excellence in education in alignment with the coalition.

Participants from all sectors will be invited to join the effort in order to broaden its influence. Sheatufim reports that there is already wide interest among different organizations, which has been generated in the wake of the July workshop. The intention is for the process and its outputs to be transparent to the general public via a website and the media. This exposure will hopefully generate interest and inspire parents, students, school principals and teachers, as well as officials and practitioners in government, local authorities, philanthropic foundations, and nonprofits, to be more receptive to the idea of encouraging high school students to major in the sciences and mathematics, to collaborate with one another, and to align their work with the collective goals.

The funding request is for one year, in line with the annual budgeting of the partner organizations. However in order to express our commitment to the initiative and to encourage its continuation, our recommendation is for a two-year grant. 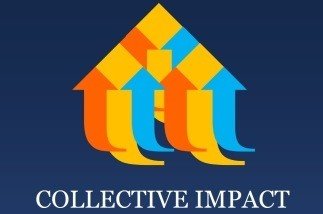